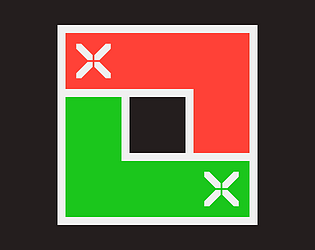 If the contents of the bundle are a reflection of the general demographics of video games, I would assume the most populated genres are visual novels and minimalist puzzle games. Given the popularity of Tetris, this may be close enough to the truth. Cardinal Chains executes the genre quite well: a clean interface, a simple set of rules, and a whole lot of puzzles exercising these rules.

Cardinal Chains is about "non-decreasing" sequences of numbers. You create paths through numbers. You can keep with the same number, or move to a higher one, but never travel back down. Effectively a sort of maze, this is made more complicated with multiple starting points for creating paths. Controlling is done with click-and-drag for the paths, without any keyboard or single-click options that I could notice. This omission, and the bigger omission of not seeing any control documentation in general, is a recurring case in these puzzlers, and a bit frustrating, but I at least can live with it.

Cardinal Chains emphasizes the minimalism. The interface is large, simple-looking (I don't like the LCD button font, though), and bold-lined. The only audio are a couple sound effects that are easy to turn off. There are only a couple gentle, smooth special effects, mainly when path making or changing maps. As the store page says, "no annoyances of any kind", which is done well when there's not much to exist that could be annoying... although maybe the sounds of completing a level were a grating to me.

There are over 500 puzzles. I played through 50, because, come on, no way. I will say from this initial 10% that the game was maybe a little too generous in easing me into the concept: the first dozen or so felt like tutorials, then I got re-introduced to tutorials with multiple paths what felt like twice. I wouldn't say I expected every single puzzle to get harder than the previous, and maybe I'm misunderstanding breather levels. I will say puzzle 50 was the hardest yet, and without much more to really teach me, there will be plenty of brain energy to be spent in the remaining 450.

As much as I don't like puzzle games in general, Cardinal Chains is well-executed in both a puzzle concept, and in taking its minimalism seriously. Looking at my ever-increasing list of puzzlers in the bundle, this one, at least, gets its name circled.

I enjoyed it. Cardinal Chains is a good game.

Check out Cardinal Chains on itch.io
Previous Page
Back to Index
Next Page