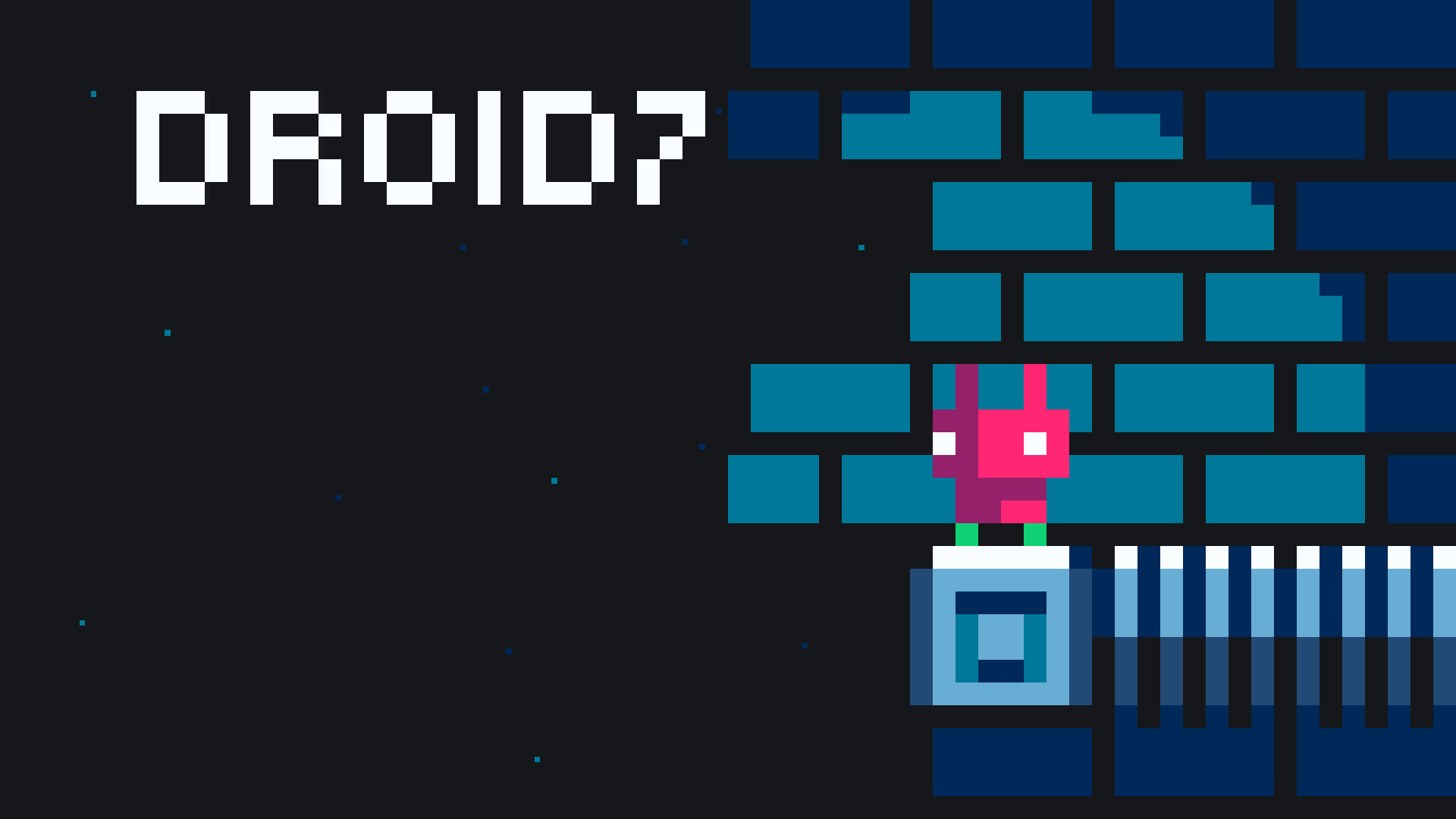 DROID7 is a small pixel platformer that originally started as a mobile game (so it seems). The game itself is an infinite(?) platformer: jump your way up an endlessly generated tower while a laser beam chases you from below. The higher you go, the faster it gets, and it isn't long before disappearing (and reappearing) platforms and spikes are introduced to make your life harder. You gain score as you ascend, with your high score being saved.

I had a difficult time getting past about level 10 or so, which is fair because the game appears endless and I wasn't seeing much new content past that anyway. My highest level was 15 or so with ~130,000 points. To be fair, none of this was the fault of the game, per se - the actual controls are ultra-tight. Your character moves, rises, and falls on a dime, the last of which is helpful for quickly landing to refresh your jumps. There's a very generous "coyote time" when you run off a platform where you keep both jumps. Even the helpful springs can be canceled mid-boost by jumping, if going the full height would mess with you.

DROID7 was quick to pick up, introduced me gradually, then quickly threw me into some really fast-paced platforming where I never thought to blame the game for my inevitable demise. I deeply appreciated seeing my little robot dancing on the settings menu, and the catchy beats were great to jump to. It maybe didn't keep my interest for very long - there's only so many times I can jump up a thing before moving on - but while it had it, it held it tightly. It's a small file, I might keep it around to jump again another day.

I enjoyed it. DROID7 is a good game.

Check out DROID7 on itch.io
Previous Page
Back to Index
Next Page