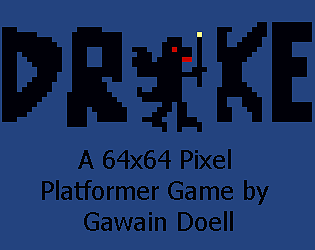 I am not sure if the proper title of this game is Drake, or Project Drake. I'm using Drake as it's what is visible in the URL, as well as the bundle page. The actual game page says Project Drake in a header, though.

Drake is a very tiny platformer about playing as... well, Drake, a drake. You have a sword and breathe fire, and take on invaders to save your island and people. Tiny as in only a handful of brief-enough levels, and tiny as in the resolution: the camera is maybe a little too zoomed in for my tastes. 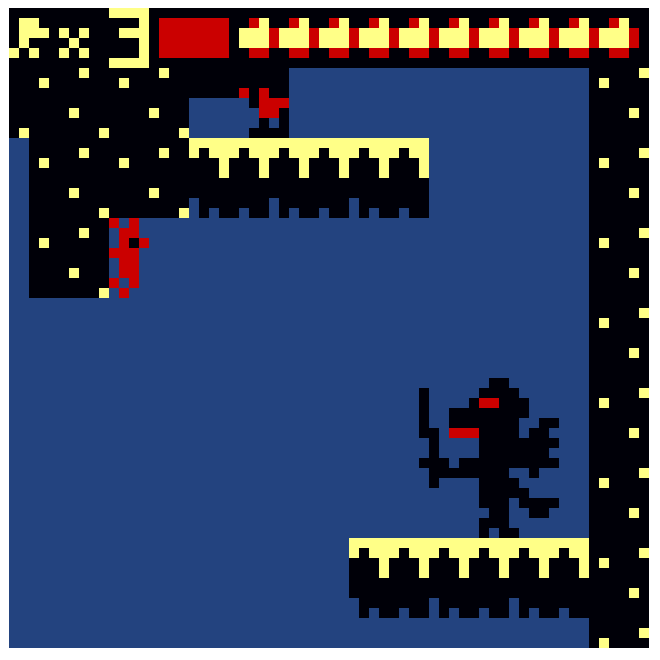 Actual gameplay of Drake is pretty straightforward: there are text interludes at the start and end of levels. You make your way through levels thanks to helpful arrows. You can slash a sword, shoot fire, and breathe fire downwards, all to kill the various enemy types that have simple rules on how to defeat them. Actual hitbox detection seems a little clunky, with the fire breath being a major victim of that-should-have-hit. For the most part, though, nothing really engine-straining is done here, although the size of the sprites and screen size mean platforming is blind at times.

There are secrets in each level for a true ending, although I didn't bother with it myself. I didn't exactly put a stopwatch to it, but I can see half an hour or so to get the secret ending. I saw multiple directions I could go in multiple times in the levels, which felt a bit maze-like, but how many are true alternate routes and how many are side area dead-ends I couldn't say: I trusted in following the first set of arrows I saw every time.

I'm not sure what the frame rate of Drake is supposed to be, but animations and movement seemed very fast to me, as if I had the game on an overclock speed. I wonder if that was intended, or if my computer was somehow too beefy for the game to play at a proper speed, or what, but I imagine some of the game would have been a bit easier at a lower pace.

Anyway, Drake is an okay platformer. I find it pretty easy to suggest giving a game with a web version a try, because of how low-investment it is to start it up. So, if you want to run through an Atari-looking platformer for a break, go for it.

I enjoyed it. Drake is a good game.

Check out Drake on itch.io
Previous Page
Back to Index
Next Page