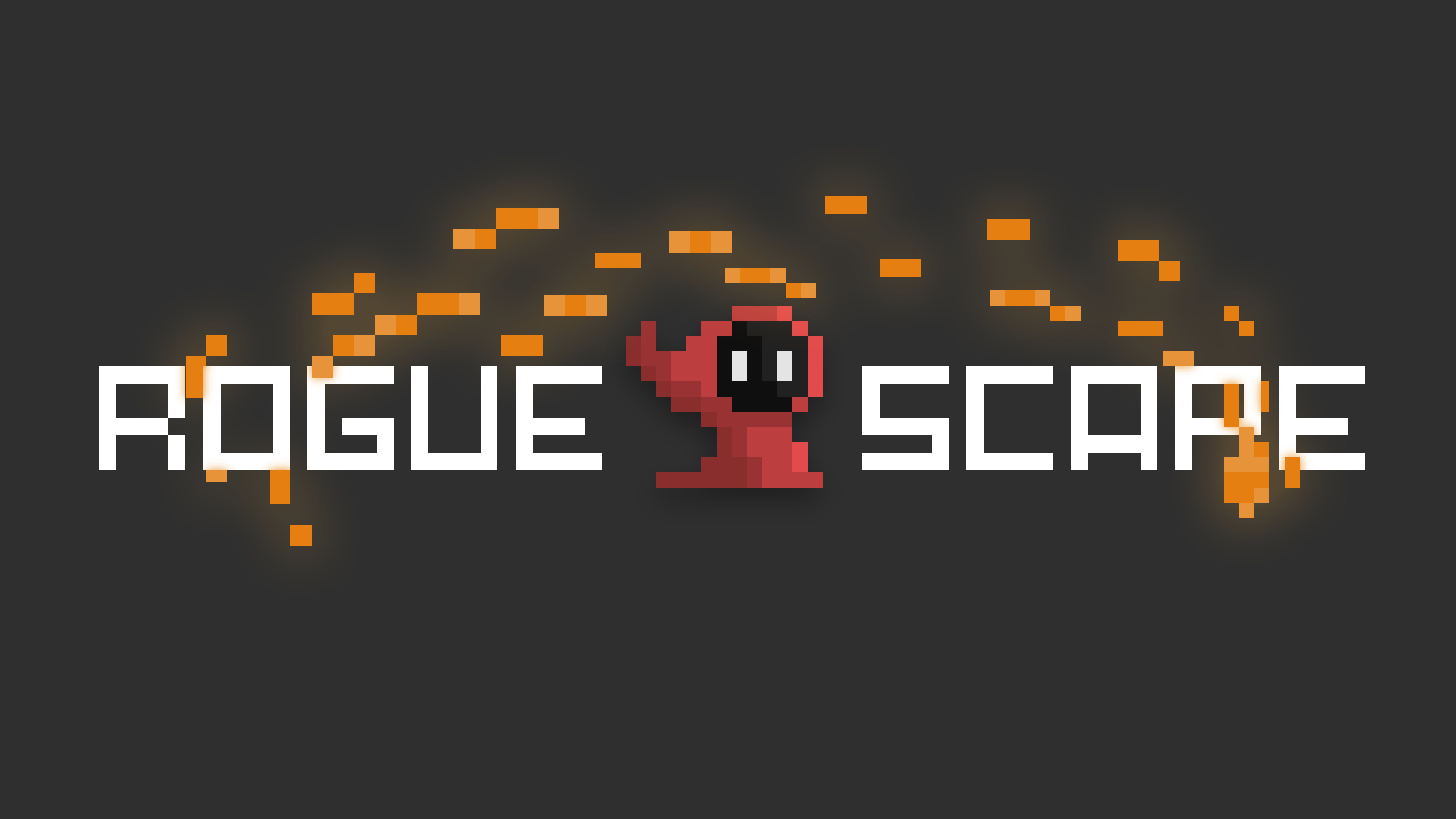 Roguescape is very much inspired by Spelunky, what with the platforming around a procedural dungeon-maze. Roguescape is an excellent beginning of a hobbyist project, but the obvious roughness makes it fall a bit short.

The actual gameplay is small-scale and simple enough: You are in a procedural dungeon. You have a mission to do, and once you complete it the door to the next level is open. Along the way, there's single slot for carrying items of both usable and upgrade variety, podiums of items to buy, and managing mana for a floor-breaking power. There's not too much here, and not much of it is well-explained, but it's enough to amuse for a bit once I got to terms with it (thanks to an comment on the itch page for how to kill enemies... and which are unkillable). 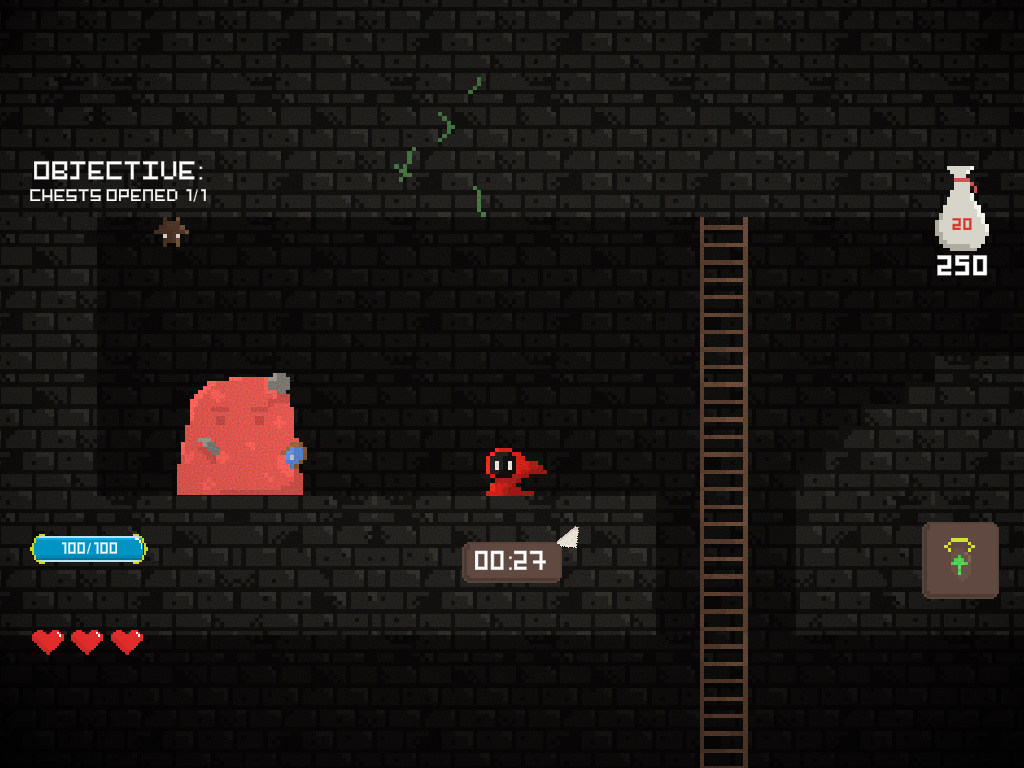 But the main thing that drags it down are the little things. The kind of polish that isn't super important when just hammering out the game, but I couldn't un-notice after seeing them. Quirkiness about if I am or am not clinging to a wall. Walking dust trails even when moving in midair. Slimes have physics, and if they fall over will spin around and land awkwardly (though this is pretty funny to watch). No real feedback for things like climbing stairs, you just hold up and watch your character go. The arrow indicator for the exit being hidden behind an unfortunately-placed floor timer if the exit is straight below me. Some enemies just being unkillable homing missiles of damage is not very fun.

None of those are things I would necessarily hold against it, except for the annoying enemies I suppose, but for a game this small they really stand out. It's made extra disappointing because, from what I can see, not much has happened in terms of major updates. There were a couple updates after its release, but afterwards it looks like it was dropped or moved on from. If work had continued, I think this could have grown into a very solid game. As-is, though, while it doesn't have much to keep you, Roguescape is worth a quick look.

I enjoyed it. Roguescape is a good game.

Check out Roguescape on itch.io
Previous Page
Back to Index
Next Page