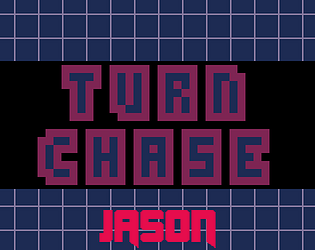 I am continually impressed at the scope PICO-8 games can achieve. Turns out you can do a whole lot with very little. Turn Chase makes the most of it, being a very simple game that manages to hold its share of interesting mechanics at the same time.

Turn Chase is a turn-based strategy game. You move along, one grid cell at a time, fighting enemies, destroying structures, flipping switches and teleporting around to reach the end. Completing levels, and earning achievements, gets you attribute points, to spend on health, regeneration, and damage. 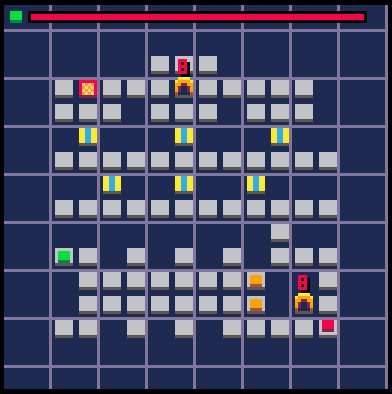 The upgrade system somewhat gets in the way of the strategy/puzzle part. I had a lot of difficulty with one particular map, but after a bit of grinding for achievements and attribute points, I absolutely breezed through it and the next couple maps before hitting a wall again. There is a slight random element to the combat (I think?), although I'm not sure how much it really mattered for victory or loss. It didn't seem like it was a problem.

There is a lot of replay to be had here, though, between grinding upgrades and achievements along with three difficulties for each of the 25+ maps. Sometimes the movement controls were a bit sticky, but I assume that's from the game processing things from my last input before letting me go again.

There is a showstopping bug in this game, according to Itch comments. Maxing out your attributes can potentially stop you from continuing in the game, as you have to spend all your points to leave the upgrade screen. I don't think it's been fixed. 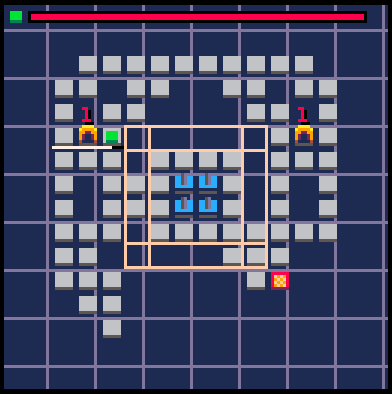 Turn Chase is a fairly ambitious PICO-8 game, and really looks and feels like a scaled-down version of something I'd have seen made in Unity. It has its problems, but it's worth a look and, hey, even if you don't have the bundle, the web version lets you play about a dozen levels.

I enjoyed it. Turn Chase is a good game.

Check out Turn Chase on itch.io
Previous Page
Back to Index
Next Page